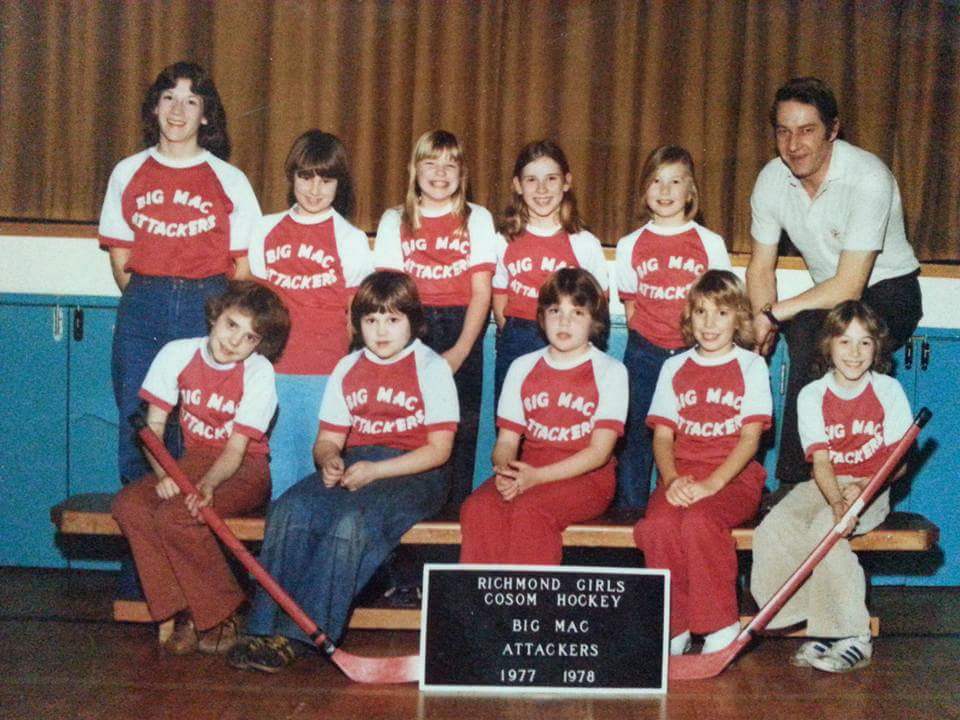 The Richmond Cosom Floor Hockey Association (RCFHA) currently has a coed children’s league and a recently formed Adult division, where most of those children who grew up continue to play in today. But this is not how RCFHA started off – in fact RCFHA was not even named “RCFHA”. Here is the story about how RCFHA has evolved into the Association that it is today.

Soon after, boys divisions were included in the Association in the late 80’s, and Cosom Hockey began to become popular amongst the boys. At this point, the Association consisted of separate boys and girls divisions. Although operating as both a boys and girls league, it wasn’t until 2002, that it had been decided to formalize the change to our current name – Richmond Cosom Floor Hockey Association.

Slowly, the number of girls playing in our Divisions diminished until it was no longer viable to continue with separating the girls and boys, and so in 2016, our divisions had become coed. To this day, we still have a number of girls playing across our divisions, but we hope to bring these numbers back up. In addition, our Adult division was started at the same time, in order to allow recently graduated players to continue playing on through their adulthood. This division is one of our most popular, and has increased in numbers year over year.

Today, we are at a point where our coed divisions and Adult division are going strong. Our updated rules, new technology, and new equipment have also brought us forward to the 21st century, and have attracted new participants and kept many of our returning players coming back.

We hope that we can bring up more interest in Cosom Floor Hockey with not just the girls, but everyone, so that one day, we can return to offering more divisions to play in. If you know of anyone who may be interested, or even someone who wants to start getting active, please recommend our sport. It can be a great starting point, or even an additional way to stay active in other sports’ off seasons.

Some of our future stories will also include the changes and advances we have made in the game of Cosom Floor Hockey. We hope that this will keep you interested in RCFHA, and hope that our new advances will attract new and different folks to try out our sport.

Stay tuned for updates on our plans for registration!

Do you have a story about the history with RCFHA? Send them to share (with photos too if you have them) to webmaster@rcfha.org